Apologies to our regular readers that we have not been maintaining the Blog over the last few weeks. We will endeavour to resume posting daily news while filling in the gaps after April.

We appreciate your your patience while the car parks were closed during the C-19 lockdown following advice from the Police and in line with East Lindsey District Council policy for coastal car parks.

The current situation is as follows:

Car parks and toilets are open. Please follow the spacing and sanitising procedures on site.

The Visitor Centre is open for takeaways only (Wednesday - Sunday, 11am - 4pm).

Hides should not be used. Surfaces would be regularly touched and we would be unable to maintain the standards expected for C-19. Attempts to lock or secure hides have resulted in damage and misuse.

To be completed
Posted by GPBO Team at 1:15 pm No comments:

To be completed
Posted by GPBO Team at 1:14 pm No comments:

May 10th. A day of strong winds and no observer coverage.
The only records received were of a feeding flock of 6 House Martin and 20 Swallow around the West Dunes sycamore plot and a second calendar year female Peregrine around. 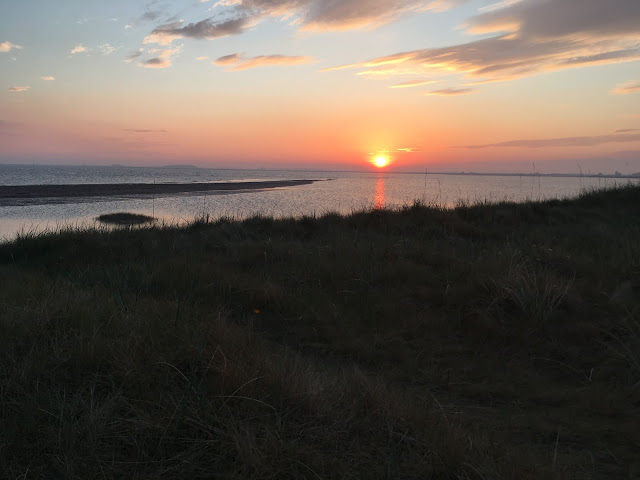 May 7th. A Black Kite arrived from the north, possibly from the sea, mid-morning and toured the reserve seemingly in no hurry to depart, it eventually drifted off to the south-west. Heading south were a Sparrowhawk, 2 Marsh Harrier, 15 Buzzard, 22 Jay, 5 Yellow Wagtail, a Blue-headed Wagtail, an Alba Wagtail and 2 Siskin. Birds around included an Eider, 2 Red-breasted Merganser, 6 Cuckoo, 110 Grey Plover, 270 Ringed Plover, 8 Bar-tailed Godwit, 15 Turnstone, 900 Sanderling, 1000 Dunlin, a Spotted Redshank, a Greenshank, 18 Little Tern, 3 Marsh Harrier, 2 Peregrine, 11 Jay, a Firecrest, 2 Treecreeper and a Redwing. 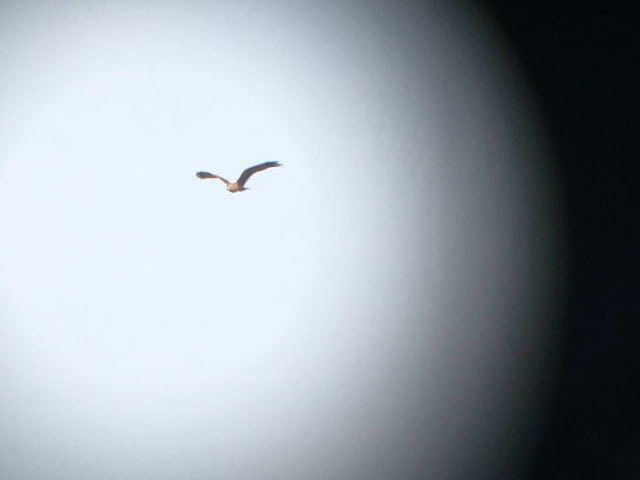 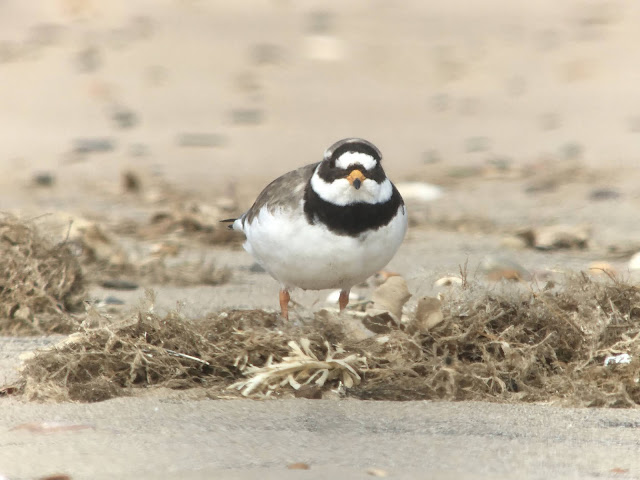 May 2nd. The second summer male Montagu’s Harrier was seen again in the morning from the Wash Viewpoint. Birds around included 83 Dark-bellied Brent Goose, 2 Cuckoo, a Snipe, 3 Spotted Redshank, a Marsh Harrier, a Merlin, a Peregrine, a Grasshopper Warbler, a Black Redstart, and Greenland Wheatear.

May 1st. The second summer male Montagu’s Harrier was again out from the wash viewpoint sporadically throughout the day. 2 Osprey arrived midday with one bird heading south and another fishing off-shore briefly before departing to the north. A Black Throated Diver was on the sea in the morning. Heading south were 3 Spoonbill, 2 Mediterranean Gull, 200 Sandwich Tern, 3 Sparrowhawk, 5 Marsh Harrier, 9 Buzzard, 2 Kestrel, 2 Hooded Crow and 14 Yellow Wagtail. Birds around included 3 Cuckoo, 2 Peregrine, 40 Jay, a Black Redstart, 10 Wheatear and a Tree Sparrow.

April 30th. A second-summer Montagu's Harrier was discovered south-west of the reserve. Around were a Cuckoo, a Spotted Redshank, 3 Greenshank, a Marsh Harrier, a Peregrine, 60 Jay, a Firecrest, a Black Redstart, a Redstart, 4 Wheatear, a Tree Pipit and a Brambling.

April 29th. A mobile Serin frequented the west side of the reserve during the day. A Dotterel flew south over Sykes Farm late evening. Birds around included an Eider, 4 Cuckoo, a Spotted Redshank, 3 Greenshank, a Great White Egret, a Marsh Harrier, a Green Woodpecker, a Redwing, a Black Redstart, a Wheatear and 3 Yellow Wagtails.

April 28th. Around were a Black Redstart and a Wheatear.

April 25th. A Wood Warbler was in West Dunes Sycamore Plot. A Woodlark flew south in the morning. Birds around included a Cuckoo, a Whimbrel, 9 Black-tailed Godwit, a Spotted Redshank, a Greenshank, 2 Mediterranean Gull, a Spoonbill, a male Hen Harrier, a Short-eared Owl, 24 Jay, a Garden Warbler, 3 Tree Pipit, a Brambling and a Siskin.

April 24th. Around were a Cuckoo, 2 Whimbrel, a Grenshank, 90 Jay, 2 Cetti's Warbler, a Short-eared Owl, 2 Common Tern, a Little Gull, 3 Redwing, a Wheatear and a Brambling.

April 23rd. Birds around included 3 Cuckoo, 60 Jay, 6 Snipe, a Peregrine, a Cetti;s Warbler, a Wheatear and a Tree Pipit.

April 22nd. Around were 2 Cuckoo, a Common Sandpiper, a Jack Snipe, 2 Green Woodpecker, a Peregrine, 60 Jay, 2 Cetti's Warbler and a Grasshopper Warbler.

April 19th. Strong north-easterly wind.
Around were 2 Cuckoo, 3 Whimbrel, a Greenshank, a Marsh Harrier, a Merlin, 39 Jay, a Bearded Tit, a Garden Warbler and 2 Cetti's Warbler.

April 18th. Strong easterly wind.
Going south were 100 Sandwich Tern, an Arctic Tern and a Fulmar. Birds around included a Ruff, a Greenshank, a Cuckoo, a Jay, 2 Yellow Wagtail, a Tree Pipit and a Bullfinch.

April 17th. In the afternoon 2 Common Crane flew south-west. Around were a Cuckoo, a Green Woodpecker, 3 Jay, 2 Reed Warbler and a Siskin.

April 15th. In the morning 2 Raven headed south, and a Rough-legged Buzzard frequented Seacroft Golf Course before heading north-west inland. Heading south were 3 Sparrowhawk, 2 Kestrel, a Hooded Crow and a Woodlark. Around were 97 Dark-bellied Brent Goose, a Cuckoo, 17 Jack Snipe, a Mediterranean Gull, a Marsh Harrier, a Kingfisher and a Woodlark.
5 Jack Snipe were flushed out of a small area of dune slack whilst checking the Highland Ponies, This prompted a wider search of adjacent slack and saltmarsh that remained partially flooded after the recent tides. The total of 17 seen was exceptional, although it is not known whether this could be typical spring passage of this secretive species. Also, 25 Snipe were seen during the search.

April 14th. Birds around included a Light-bellied Brent Goose, 136 Dark-bellied Brent Goose, a Great Crested Grebe, a Whimbrel, a Woodcock, a Snipe, a Mediterranean Gull, 9 Jay, 2 Grasshopper Warbler, a Lesser Whitethroat, a Goldcrest, a Ring Ouzel, a Fieldfare, a Black Redstart, 2 Bullfinch and 3 Siskin. Going south were a Marsh Harrier and a Red Kite.

April 13th. Strong north-easterly wind.
A mobile Serin was discovered in the Plantation, and a Black Redstart was out from Mill Hill.

April 12th. Around were a Whimbrel, 2 Black-tailed Godwit, a Little Gull, 2 Mediterranean Gulll, 52 Jay, 4 Willow Warbler, 3 Grasshopper Warbler, a Goldcrest, a Treecreeper, a Ring Ouzel and a Siskin.

April 9th. Moderately strong north-easterly wind.
A male White-spotted Bluethroat was discovered at the north end of the reserve and remained into the afternoon. Around were 2 Mediterranean Gull, a Great White Egret, a Cetti's Warbler, a Firecrest and 4 Wheatear. Heading south were 2 Grey Heron and a Red Kite. 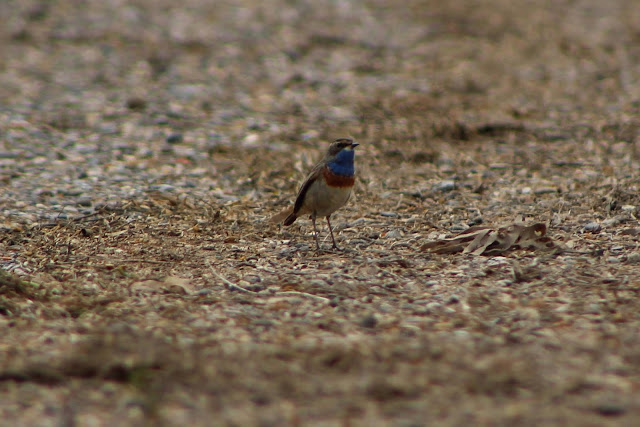 April 8th. Going south were a Red Kite, a Buzzard, a Jay, 2 House Sparrow, a Yellow Wagtail and a Siskin; and north 3 Whimbrel. Birds around included 2 Mediterranean Gull, a Great White Egret, 2 Cetti's Warbler, a Whitethroat, 2 Firecrest, 2 Wheatear, a Siskin and a Corn Bunting.

April 7th. Around were a Mediterranean Gull, a Great White Egret, a Jay, a Firecrest, 10 Redwing, 2 Siskin and 2 Corn Bunting. Heading south were 2 Marsh Harrier.

April 5th. Flying south were 3 Stock Dove, 2 Grey Heron, a Buzzard, a Rook, 5 Swallow, a Brambling and 2 Crossbill. Around were 6 Black-tailed Godwit, 5 Snipe, 2 Sparrowhawk, 2 Marsh Harrier, a Green Woodpecker, a Merlin, a Peregrine, 3 Jay, 3 Cetti's Warbler, a Stonechat, a Wheatear, a Yellow Wagtail, a Brambling and 2 Siskin.

April 3rd. Going south were a Sparrowhawk, 2 Marsh Harrier, a Red Kite, a Buzzard, 88 Fieldfare and 2 Siskin. Around were 2 Grey Partridge, a Woodcock, a Barn Owl, a Cetti's Warbler, a Goldcrest, 8 Redwing, 35 Water Pipit and 3 Stonechat.