June 27th: A moderate number of Swifts and 5 Black-tailed Godwits flew south. Starling flocks increased in number and size. On Tennyson Sands were 12 Little Gulls and 2 Little Ringed Plovers. The Spoonbill paid another brief visit. On the beach were 30 Sandwich Terns and offshore were 200 Common Scoters. The first juvenile Skylark was seen.
A ringing session in East Dunes provided 38 birds trapped, nearly all juveniles, including 8 Starlings. 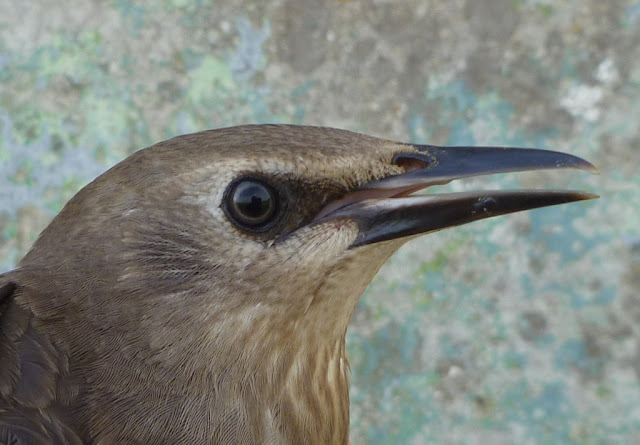 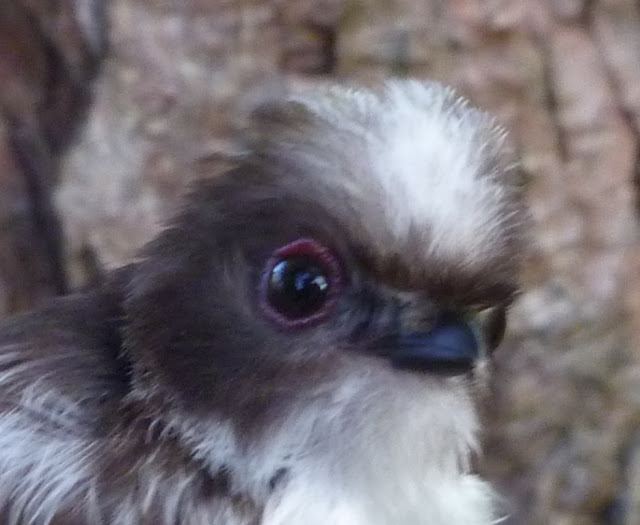 June 25th: Wind decreasing. A small number of Swifts went south. On Tennyson Sands were 24 Little Gulls. Offshore were 73 Sandwich Terns and 3 Kittiwakes. Around were 13 Crossbills.
A ringing session in East Dunes this morning produced, of interest, another juvenile Coal Tit, a juvenile Chiffchaff and 2 juvenile House Sparrows. In the 1960s and 1970s the latter species was caught here in the thousands or hundreds annually, but in recent decades it has been caught less than annually. 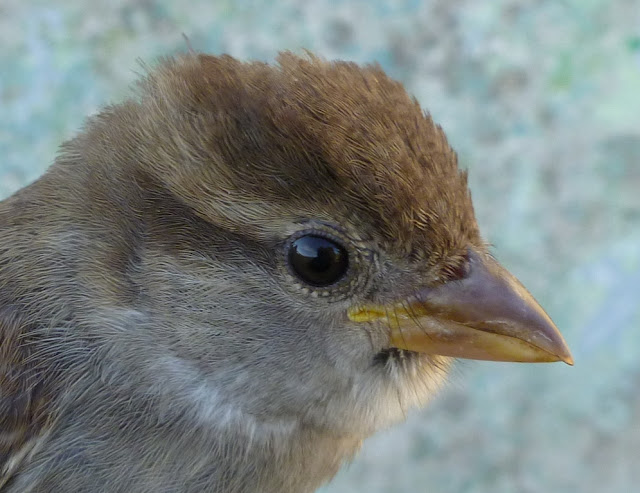 June 24th: Rain, slowly decreasing wind. On the water bodies were 16 Black-tailed Godwits and 8 Little Gulls. Around the beach were an Arctic Tern and 8 Sandwich Terns. Heading south were several thousand Swifts.

June 21st: Rain most of day. On Tennyson Sands were 10 Little Gulls. There was a moderate passage of Swifts south.
Posted by GPBO Team at 3:27 pm No comments:

June 20th: A Common Rosefinch flew south calling over East Dunes. Around were 22 Little Gulls, a Mediterranean Gull and a Green Sandpiper.

June 19th: On the water bodies were 10 Little Gulls and 5 Black-tailed Godwits.
The fifth CES session was done this morning, resulting in 20 new birds ringed, including the first juvenile Chiffchaffs and Lesser Whitethroats of the year, and 5 retraps. 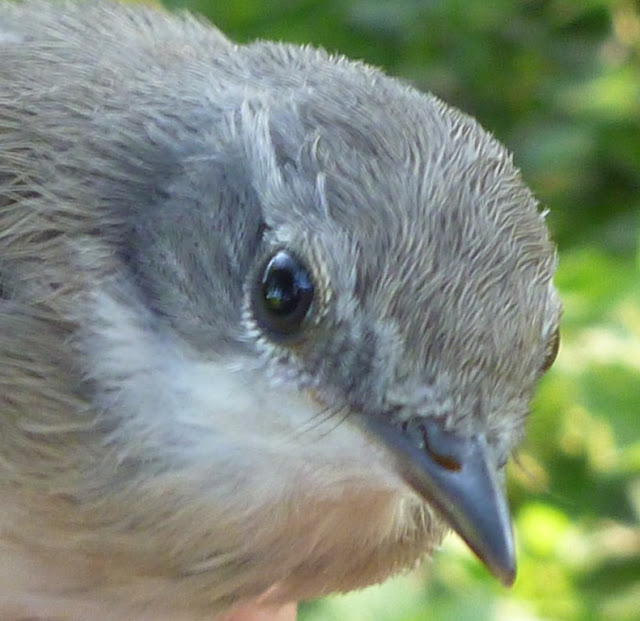 June 17th: Wind decreasing but still occasional rain. On Tennyson Sands were 3 Little Gulls, and on Jackson's Marsh a Black-tailed Godwit. There was a moderate passage of Swifts south. A Marsh Harrier, a Hobby and a Green Sandpiper were noted.
The recent rain has made ringing sessions few and far between, but has ensured a fine showing of Southern Marsh Orchids. 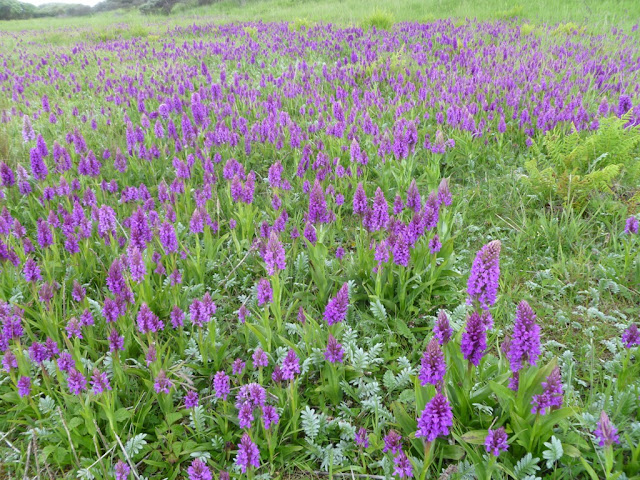 June 15th: Windy, occasional rain. Hundreds of Swifts and some House Martins flew south into the wind. A Black-tailed Godwit was on Jackson's Marsh.

June 12th: Still a bit windy. There were still 5 Little Gulls on Tennyson Sands, and 8 more headed north offshore, as did 38 Gannets and 21 Sandwich Terns . A Short-eared Owl and a Hobby were around.

June 11th: Rainy again. On Tennyson Sands were 7 Little Gulls and a Yellow-legged Gull. A Peregrine flew over.
Posted by GPBO Team at 1:44 pm No comments:

June 10th: Much better weather. Little Gulls numbered 4. Other notables were a Garden Warbler trapped on East Dunes and a Great Spotted Woodpecker flying over there.

June 9th: Still windy, not so much rain. A wing-tagged Red Kite arrived from the north. A Crossbill and 3 Arctic Terns went south. A Coal Tit, a Green Sandpiper and a Little Gull were present.

June 8th: Windy and rainy, so few observations. Several hundred Swifts headed south into the wind. A Great Skua, a Little Gull and 10 Crossbills were around. There was no sign of the Canvasback-type ducks.

June 7th: A total of 44 Crossbills was noted. At least 5 Little Gulls were present. In the evening 2 Canvasback-type ducks appeared on Jackson's Marsh.
Birds ringed on East Dunes this morning included a juvenile Coal Tit. 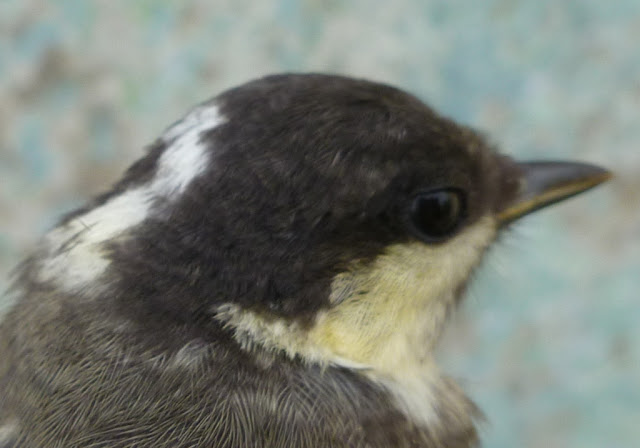 June 6th: Heading south were 17 Crossbills. There were 23 Little Gulls recorded, including 17 south. A Painted Lady was seen.
Ringed birds this morning on East Dunes included the first Swallow of the year, a female with a brood patch. 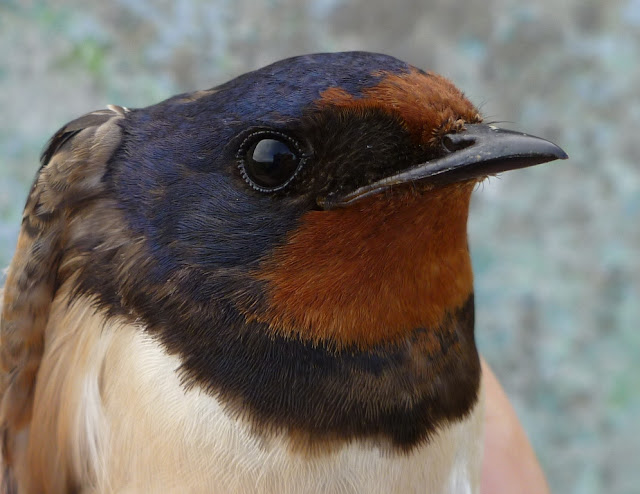 June 5th: Crossbills numbered 100+ including 63 south. Around were 5 Little Gulls, a Greenshank and 2 Little Ringed Plovers.
The fourth CES session was done this morning, resulting in 5 new birds ringed and 8 retraps.

June 4th: A Hawfinch in the Plantation was the best bird. Others included 4 Little Gulls, a Mediterranean Gull, a Montagu's Harrier, a Red Kite, a Little Stint and a Jay.

June 3rd: Rain all day, reducing observations. However, a Montagu's Harrier, a Hobby, 2 Little Ringed Plovers, a Little Gull, a Curlew Sandpiper, 2 Little Stints and a Yellow Wagtail were seen.

June 2nd: On the water bodies were a Spoonbill, a Curlew Sandpiper, 2 Little Ringed Plovers and 6 Little Gulls. A Montagu's Harrier, a Hobby and a Common Buzzard represented the raptors. Offshore were 4 Manx Shearwaters, a Common Tern, 8 Gannets and 2 Great Crested Grebes. A late Pink-footed Goose, 3 Brent Geese, 17 Turtle Doves and a Crossbill were around.