30th April: A big Jay influx was evident early morning, with at least 100 birds noted, including a single flock of 70. Other birds of note were 2 Turtle Doves and 6 Grasshopper Warblers.
A brief morning ringing session at Aylmer Avenue, until the wind increased, was reasonably productive. The best birds were 2 new Bramblings, 2 new Blackcaps, and a British-ringed control Robin.
The net rides in the East Dunes have started to be prepared for ringing, which will hopefully restart there in a few days' time.
During April we managed to ring exactly the same number of birds as we did during March, which is somehat of a rare event. Normally we do lots more during March than we do during April. It would seem this was mainly due to the prolonged and heavy passage of Chaffinches during April, and also partly due to the good numbers of Bramblings and Goldfinches. Primarily though, it was due to excellent input from Dave Vincent who has been ringing steadily throughout all of the first four months of the year whenever weather and work will allow. Well Done, Dave!
Also late afternoon, two Grasshopper Warblers were ringed on the Storm Ridge, the first of the year.

29th April: Around the reserve were a Yellowhammer, 8 Willow Warblers, 5 Blackcaps, 30 Whitethroats, a Grasshopper Warbler and 2 Grey Partridges.

28th April: During routine ringing, a Serin was caught and ringed, then showed well for a brief period afterwards. This is the first one caught and ringed by the Observatory ever!
﻿﻿
27th April: A Black Redstart was at the Visitor Centre early morning. High tide wader counts produced 130 Ringed Plovers, 12000 Knots and 2500 Grey Plovers.

24th April: The Subalpine Warbler was not seen at all today. It appears to have left us after its 4 day presence. No other news reported today.

23rd April: The first 2 Turtle Doves of the year were recorded today flying along the road. The Subalpine Warbler continued to show well from Tennyson Sands north hide.

22nd April: The Subalpine Warbler put on a good show in front of the Tennyson Sands north hide for most of the day. A Red Kite flew south over the East Dunes at 0905hrs then out to sea. Around the reserve were 18 Jays.

18th April:  At Sykes Farm were a male Redstart and a Firecrest. 2 Marsh Harriers flew south over the reserve mid morning. The first Swifts of the year were seen over the Mere at dusk.

17th April: Flying south were 1300 Chaffinches, 10 Bramblings, 31 Linnets, 9 Yellow Wagtails and 11 Siskins. The Firecrest was around Sykes Farm early morning, and a Mediterranean Gull flew over the Plantation at dawn.

16th April: There was a remarkable total of 5 Firecrests on the reserve today, with 3 together in the East Dunes, 1 at Beach Car Park and the usual bird at Sykes Farm. Flying south were 500 Chaffinches, 20 Bramblings, 3 Yellow Wagtails and 40 Siskins. The Red Kite was over Jackson's Marsh mid afternoon, and 7 Wheatears were on the saltmarsh by the beach.

15th April: A complete clear out of Redwings and wildfowl was noticeable early morning, the clear skies over night encouraging them to move on to their breeding grounds to the east. Hirundines flew through continuously all day, with Swallows reaching triple figures. Grounded migrants included 16 Wheatears, a male Ring Ouzel, 5 Willow Warblers, 6 Chiffchaffs and 4 Blackcaps. The Firecrest remained faithful to Sykes Farm for most of the day, and the Red Kite showed well early evening from the Wash Viewpoint.

14th April: The prolonged rainfall and cloudy conditions overnight made it ideal for grounding migrants birds. Heading south were 2000 Redwings, 60 Chaffinches, 13 Siskins, 80 Lesser Black-backed Gulls, 1000 Starlings, a Yellowhammer, 35 Swallows, 8 House Martins, 6 Sand Martins, 4 Yellow Wagtails and a Sandwich Tern. Grounded migrants included 2 Ring Ouzels, a Firecrest, 15 Goldcrests, a Black Redstart, 400 Redwings, 140 Blackbirds, a Bullfinch and a male Blackcap. Other birds around included a Red Kite, a Short-eared Owl, a Tawny Owl and a Glaucous Gull, the latter flying into the Wash to roost.

12th April: Today's highlights were 2 Black Redstarts around the Visitor Centre, and 200 Redwings on Jackson's Marsh field. A Chiffchaff was singing in the Plantation late morning.

11th April: Around the Visitor Centre were 3 Black Redstarts. A Red Kite flew southwest over Croftmarsh late afternoon, flushing 200 Golden Plovers. 2 Woodcocks and a couple of Goldcrests were worthy of note around the reserve.
Posted by GPBO Team

10th April: A clear out of migrants was evident early morning. Around the reserve were a pair of Marsh Harriers. Good numbers of waders came up on the recent high tides, notably Bar-tailed Godwits and Grey Plovers.

9th April: About were 36 Corn Buntings and a male Hen Harrier. On Croftmarsh were 25 Golden Plovers in breeding plumage.

8th April: The only species of note were the first Black Redstart of the year on the Visitor Centre roof, and a Marsh Harrier hunting over the saltmarsh at dawn.

6th April: A steady southerly passage of passerines was evident early morning, involving 5 Rooks, 3 Tree Sparrows, 13 Siskins, 4 Greenfinches, 5 Alba Wagtails, 60 Starlings and 2 Yellowhammers. Fenland Lagoon was productive, following successful management of the water levels, with 15 Avocets, 3 Redshanks and 4 Bar-tailed Godwits present. About on the reserve were a Short-eared Owl and 27 Corn Buntings.
The first butterflies of the year were out, 2 Commas in the Plantation and 2 Small Tortoiseshells in East Dunes.
﻿﻿﻿﻿﻿﻿﻿﻿﻿﻿﻿﻿
﻿
5th April: Very quiet on the reserve today, the highlights being a Common Buzzard over Jackson's Marsh and a Rook south.

4th April: The only notables today were a Hen Harrier hunting over the saltmarsh in the evening, and a Mediterranean Gull on Tennyson Sands. 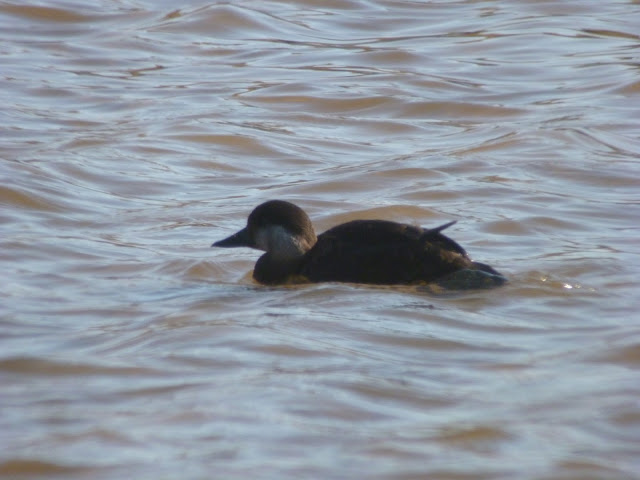 ﻿
2nd April: A Redwing was in song along the Cycle Track, and a Bittern was located on Jackson's Marsh in the evening.

1st April: Singles of Siskin, Brambling and Woodcock were about. 2 Yellow-legged Gulls were discovered on the Wash.
Posted by GPBO Team

31st: The first White Wagtail of the spring flew south. Present on Tennyson Sands were 25 Avocets, 4 Pochards and a Water Rail.

30th: Highlights were 4 Woodcocks and a Water Pipit.

28th: The only birds of note were a Brambling and a Coal Tit.

27th: Around were 13 Redwings, 5 Woodcocks, and a pair of Kestrels displaying over Aylmer Avenue.

26th: Another Caspian Gull flew onto Tennyson Sands at dusk. Flying north during a sea watch were a Little Gull, 3 Kittiwakes and a Fulmar.


25th: A 2CY Caspian Gull was discovered on Tennyson Sands at dusk. About were a Water Rail and a Barn Owl. Offshore 2 Red-breasted Merganser flew south.
﻿﻿
﻿﻿

﻿﻿24th: Only a single Brambling was noteworthy.

21st: 5 Kittiwakes were offshore, and a Common Buzzard came in off the sea. Meanwhile, a female Marsh Harrier flew south. A Great Spotted Woodpecker was drumming in the Plantation, and 4 Yellowhammers were observed near Tennyson Sands.
Posted by GPBO Team


20th: Very quiet, the only notables being 400 Golden Plovers on Croftmarsh.

19th: A pair of Common Buzzards were displaying over Croftmarsh. Avocet numbers built up to 25 birds. Around the reserve were 3 Siskin and a solitary Brambling.

18th: A Long-eared Owl was discovered in the East Dunes early morning. A slight thrush influx was encouraging with 10 Song Thrushes and 29 Blackbirds.
Ringing yielded 50 Chaffinches, with the majority of birds caught being adult males.

17th: Some light visible migration was evident this morning with the following going south: 50 Chaffinches, a Brambling, 26 Jackdaws, 950 Starlings, 5 Goldfinches, 12 Greenfinches, 8 Snipes and 12 Stock Doves. Grounded birds on the reserve were 4000 Golden Plovers and 7 Song Thrushes.

16th: The only bird of note was yesterday's Woodlark.

15th: The highlight of the day was undoubtedly a Woodlark flushed at Aylmer Avenue.

14th: Birds of prey were represented by a Peregine, a female Marsh Harrier, a Merlin, a male Sparrowhawk, 2 Short-eared Owls, 2 Barn Owls, and a Common Buzzard over Croftmarsh. A single redhead Goosander roosted on the Wash.

12th: About were 2 Hen Harriers, a Barn Owl, a Short-eared Owl, a Yellowhammer singing near Aylmer Avenue, and a drake Eider offshore.